SUSAN:  “If I had an eight-foot, superhuman, blood-sucking alter-ego, don’t you think I’d know it?”

IT’S COMEDY. IT’S HORROR. ITS A BREEZY LITTLE PLAY ABOUT RAGE
Two passive aggressives at work, and everything’s fine. No, really, it’s fine. See, Peggy’s never lost her temper. If she did, she just might explode, and who’d want to clean that up? And Susan couldn’t be cooler—just watch out for her comic-book alter ego, an eight-foot, blood-sucking cartoon vampire named Gloria. She bites. But really, EVERYTHING’S FINE. Until the neighbors start turning up dead…

GLORIA was first produced at the Yale School of Drama (with the name LOVE IN THE UNDERWORLD) as a student project. In 1994, New Georges produced the world premiere at the Samuel Beckett Theater in New York City. 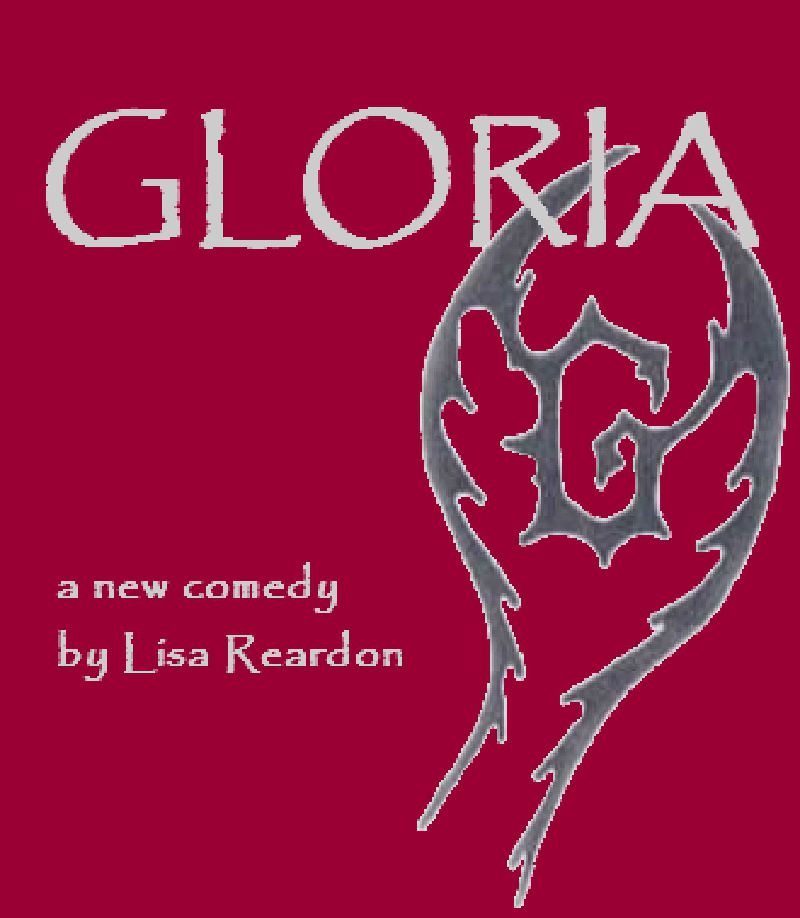 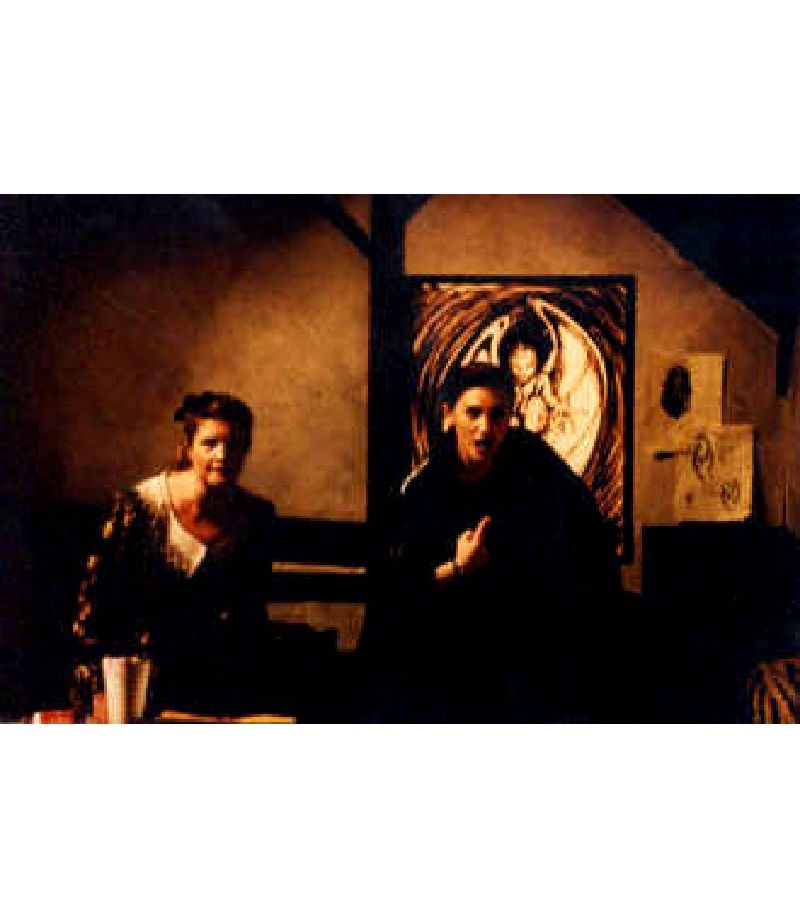 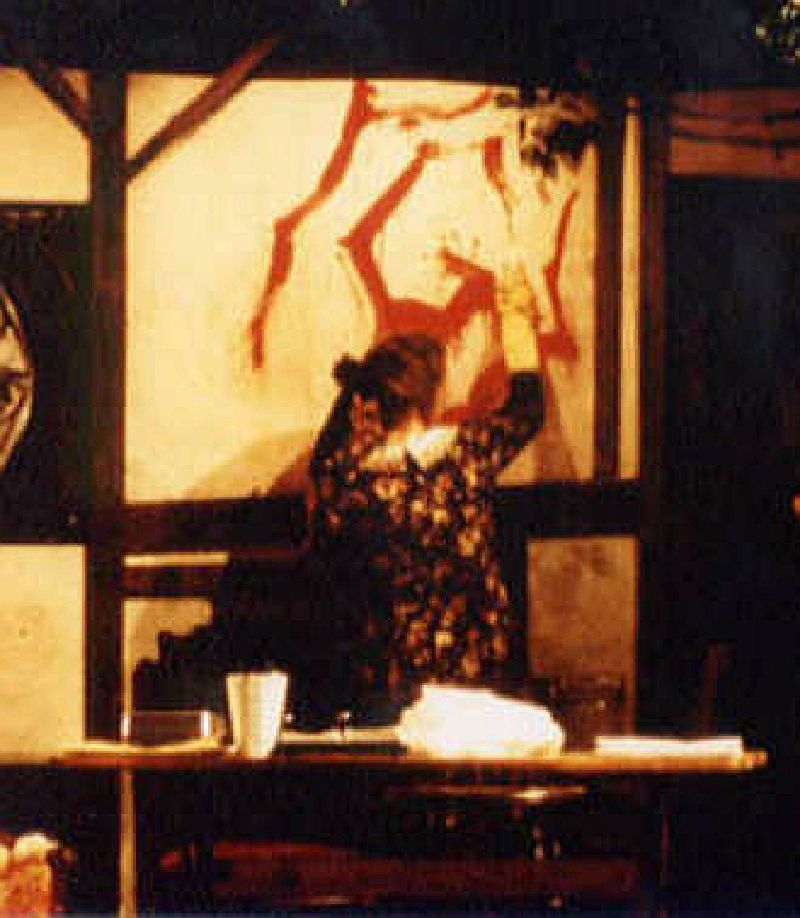 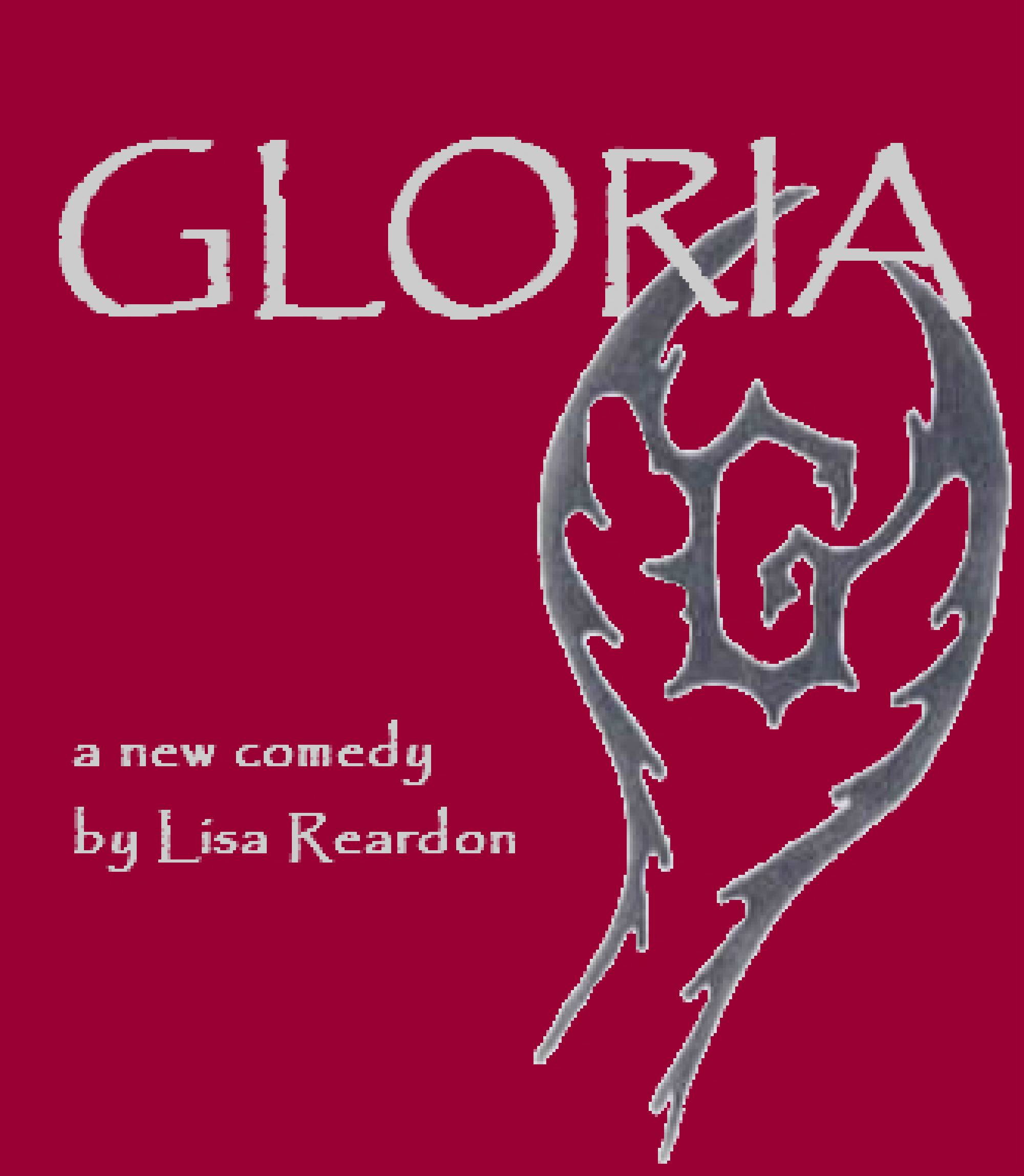 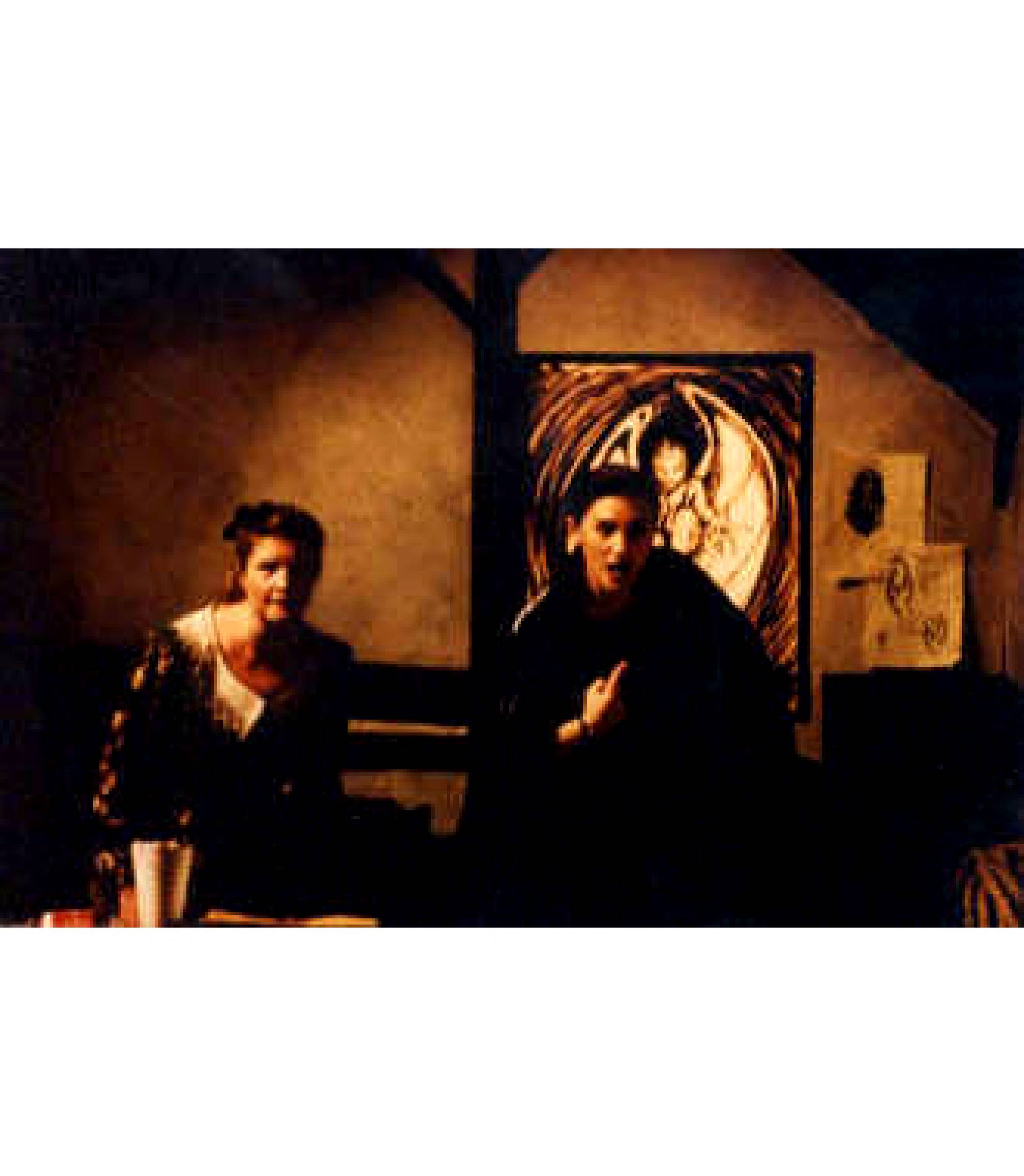 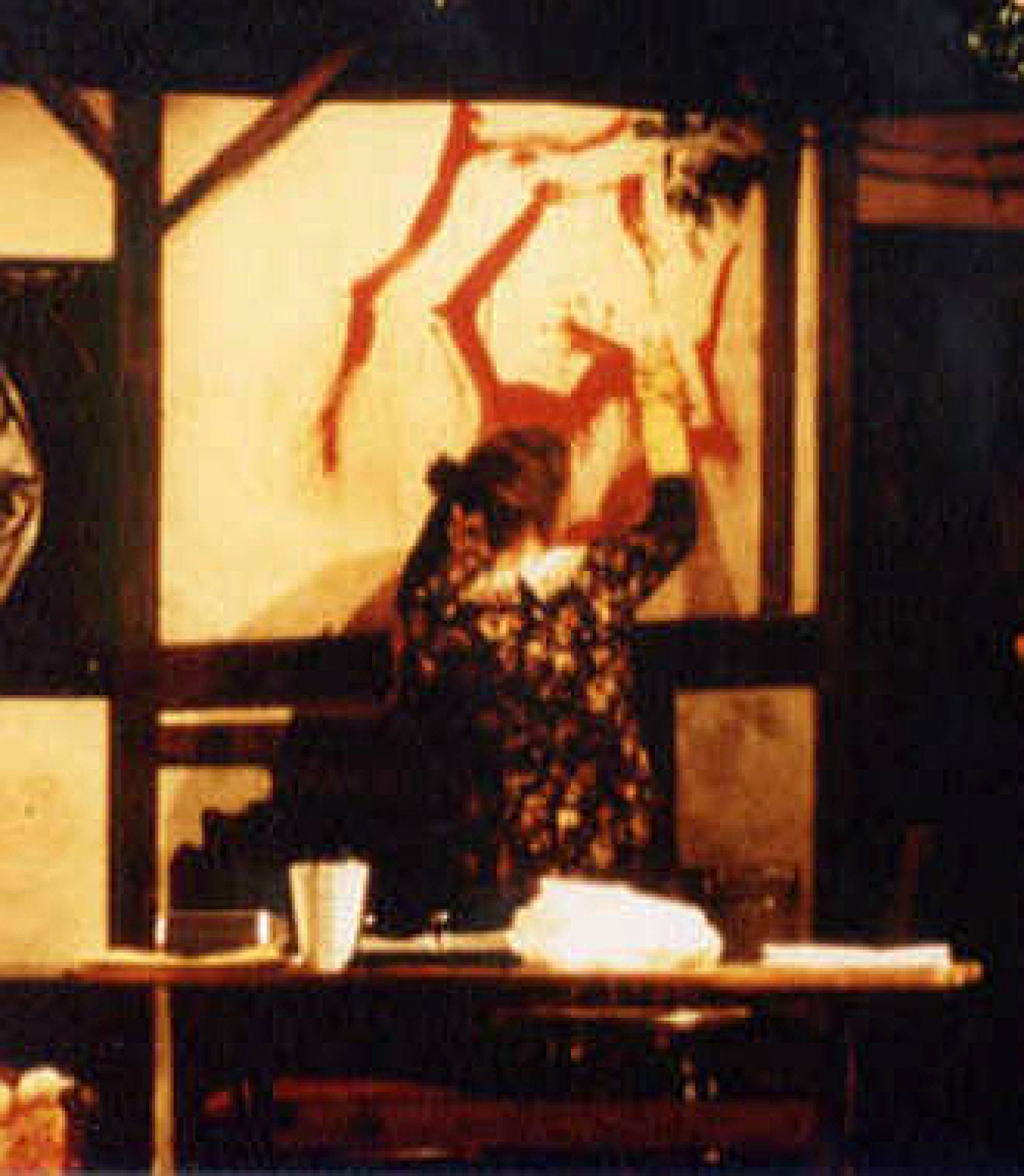 | Susan (right, played by Susan Bernfield) and Peggy (Marcelene Hugot) prepare to battle Gloria in the flesh (seen in the background, in "cartoon" form).

| Peggy tries to clean Gloria's bloody signature from the wall.

| Gloria, The Warrior Vampire's mark as seen in the comic book.

| Cop Jerry (Mark Lake), and Peggy in that lovely kitchen.

| Another actress gone as Peggy spontaneously combusts on stage. 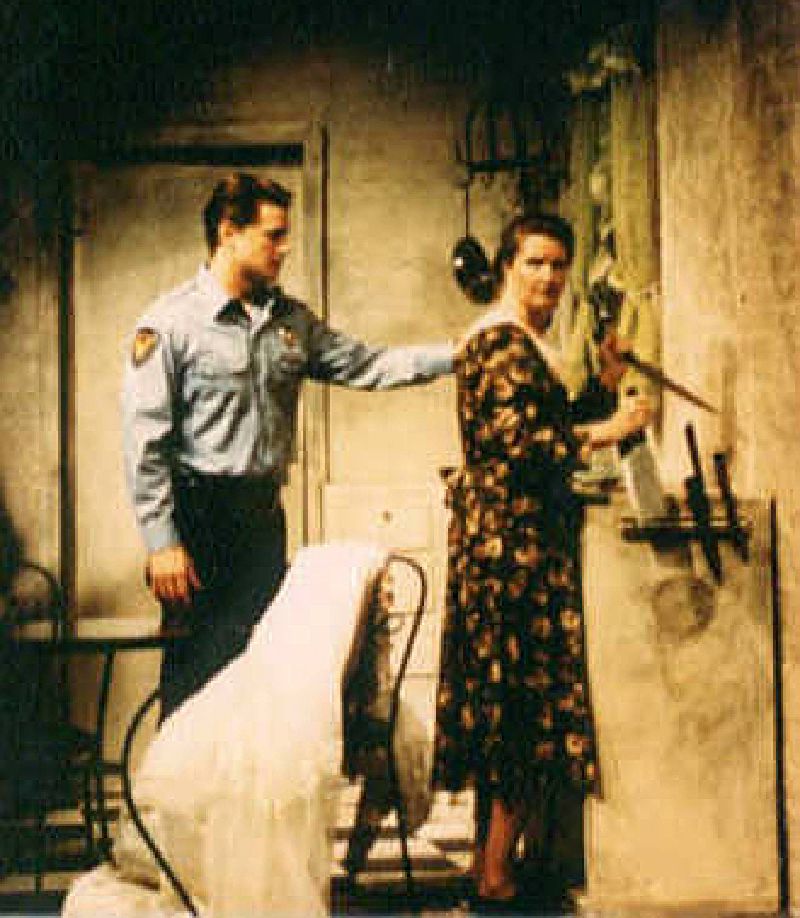 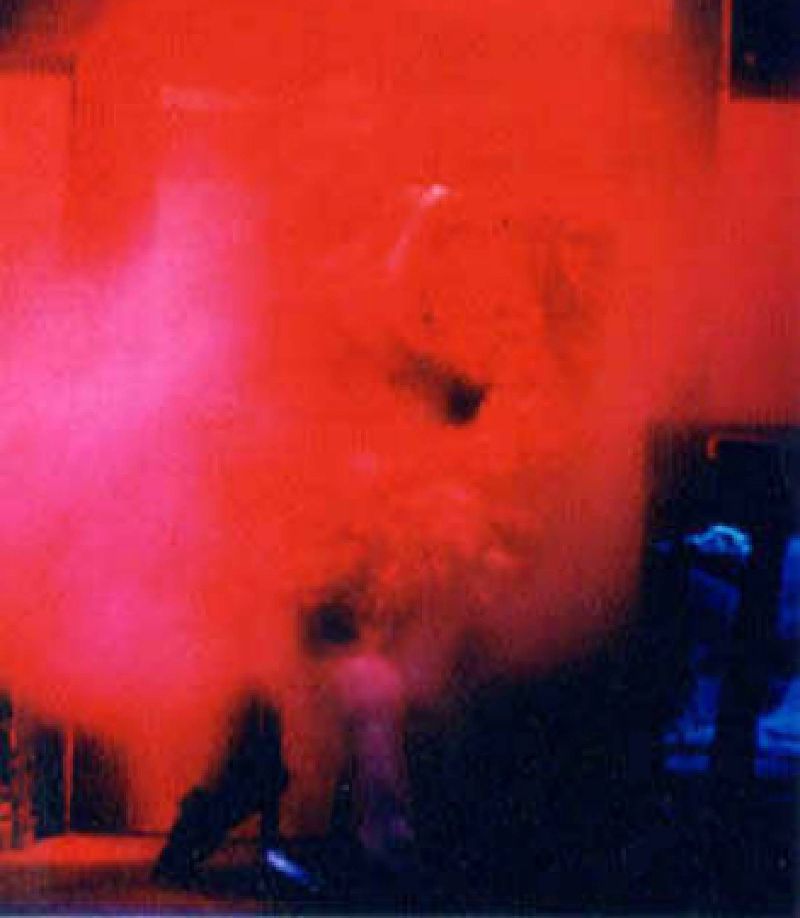 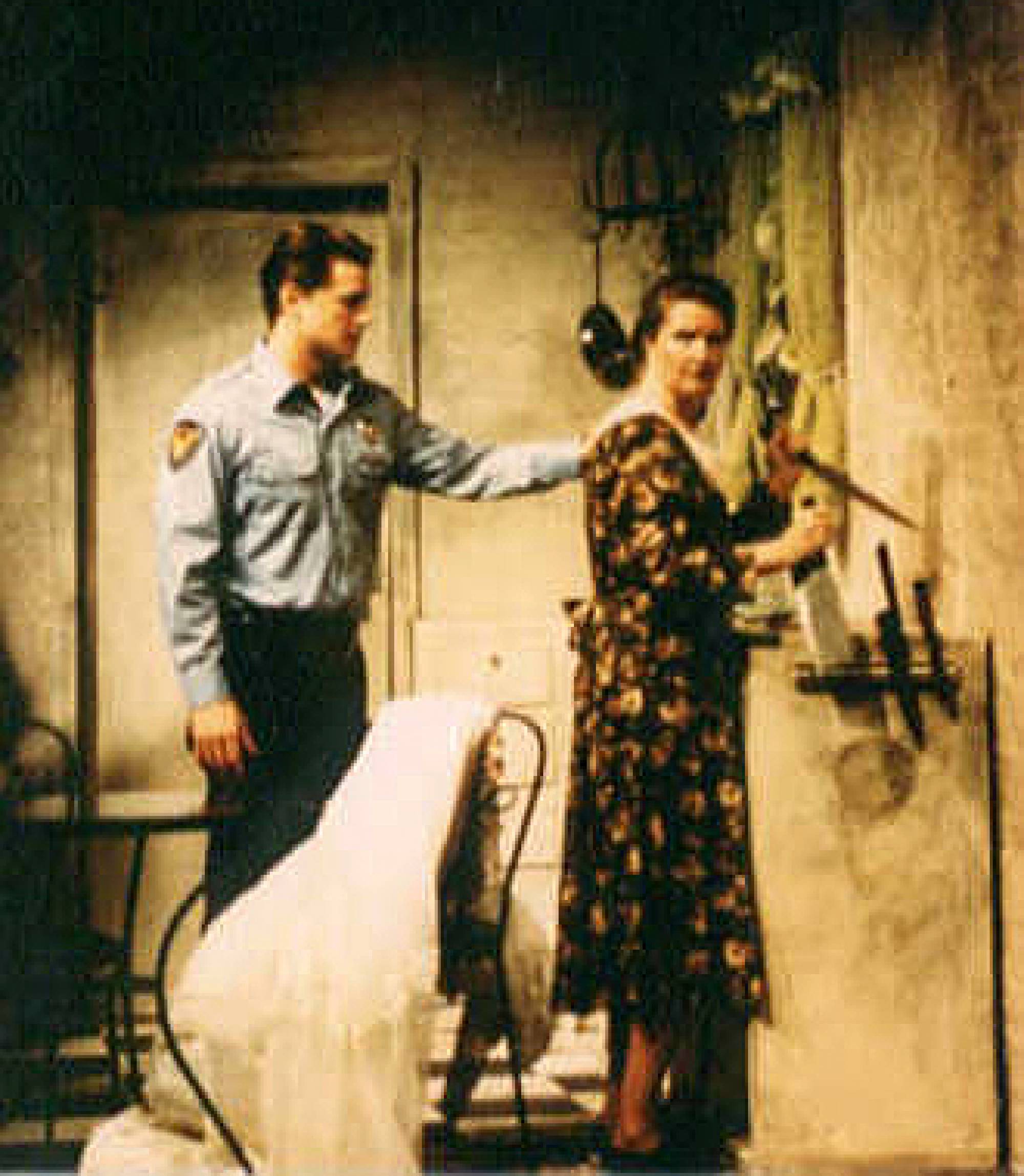 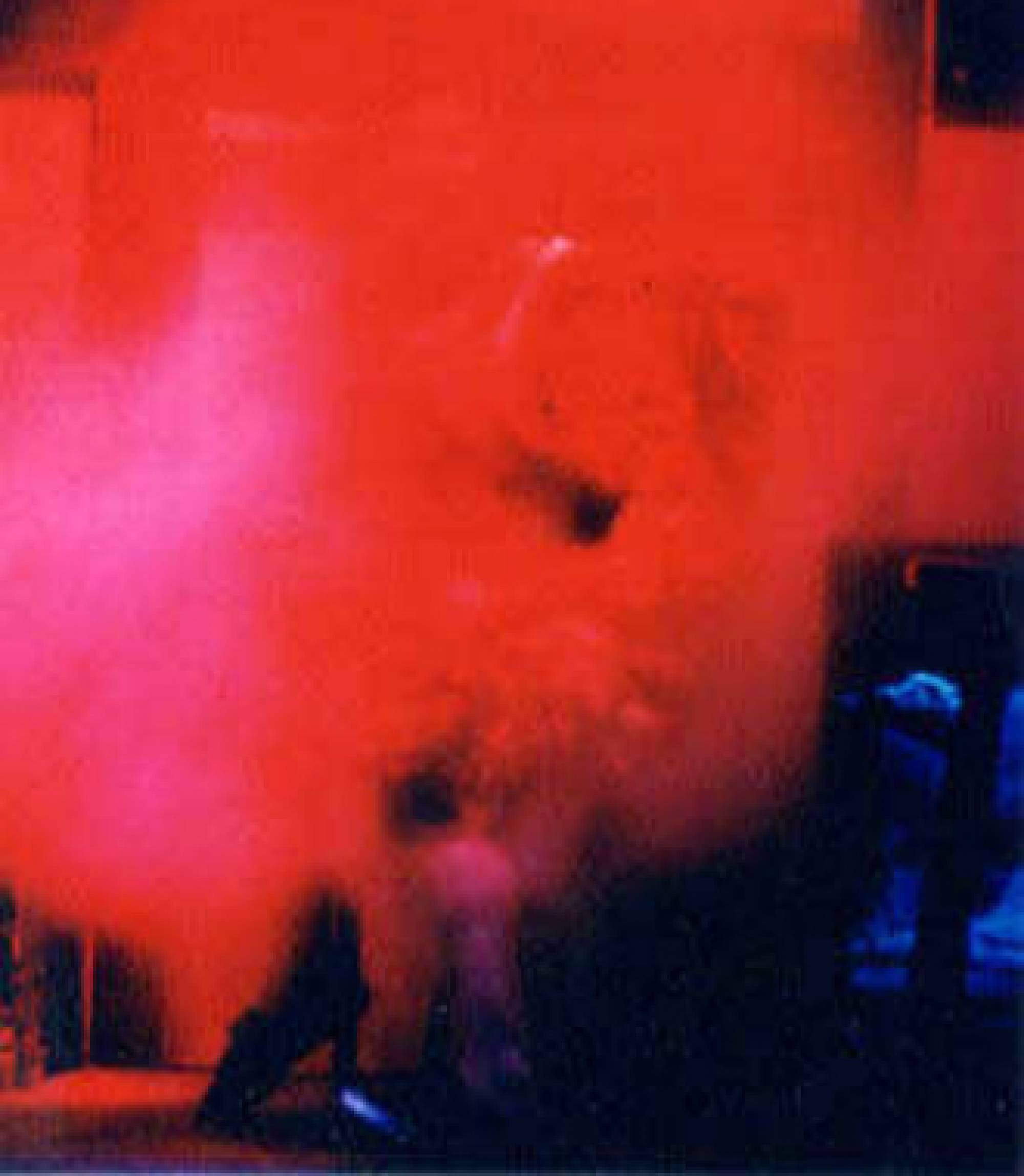