FAT BILL:  "Twould be an outrageous act of piracy, would it not?"

THE SWEET TRADE   |   Lesbian pirates in the eighteenth century

The infamous Anne Bonny, the rare female who fought on the high seas, shared the deck of pirate Calico Jack's ship (and likely his bed).  When Mary Reade comes aboard dressed as a lad, more than sparks from swords clashing fly.  This rollicking and beautifully written tale weaves poetry and passion, song and blood, to reveal a love bigger than the sea itself.

This ambitious, boisterous play was mounted in the Circle Repertory Theatre Lab in 1994. THE SWEET TRADE was originally commissioned by the Manhattan Theatre Club.

Check out an Excerpt 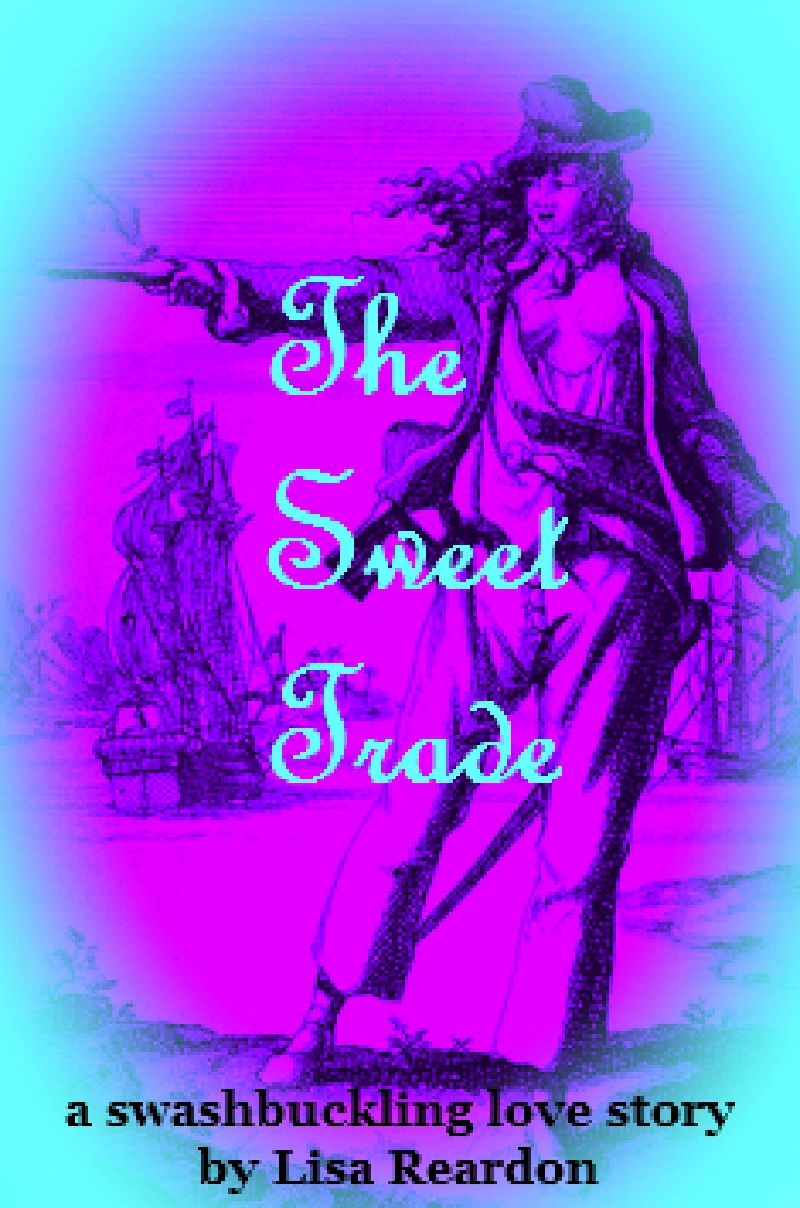 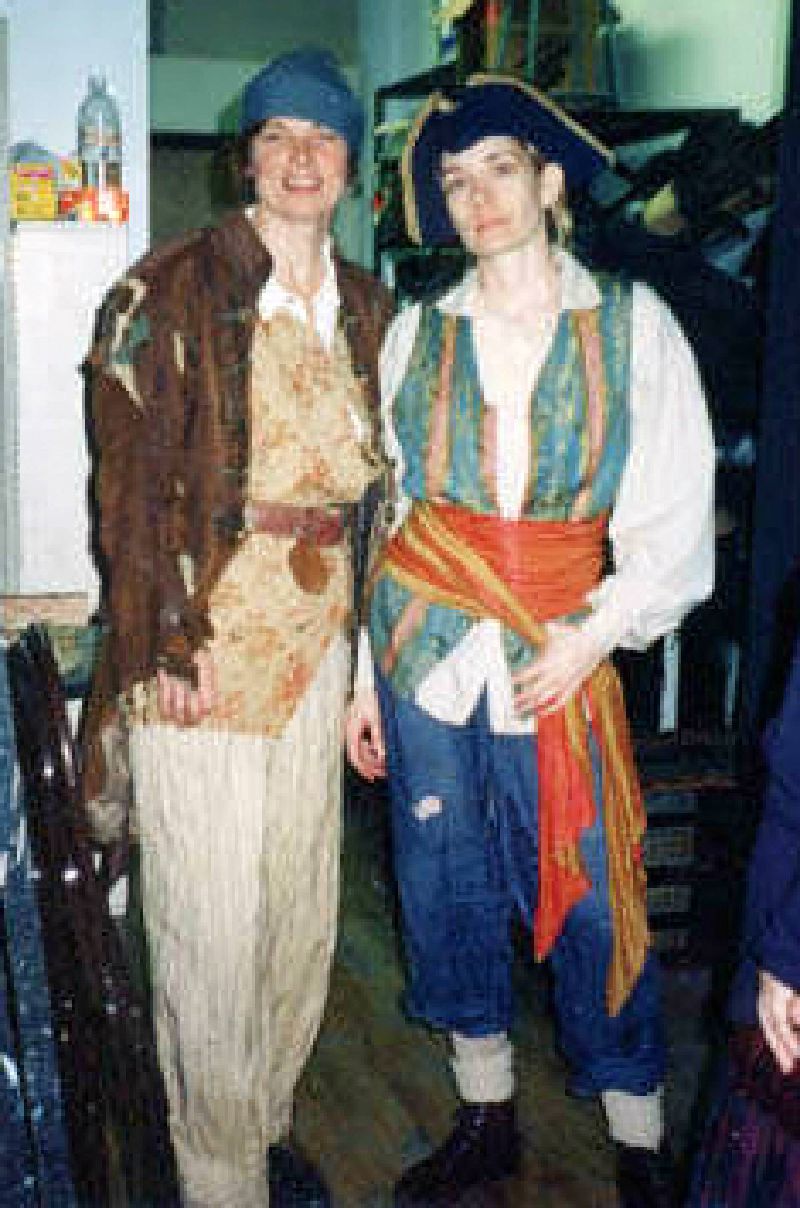 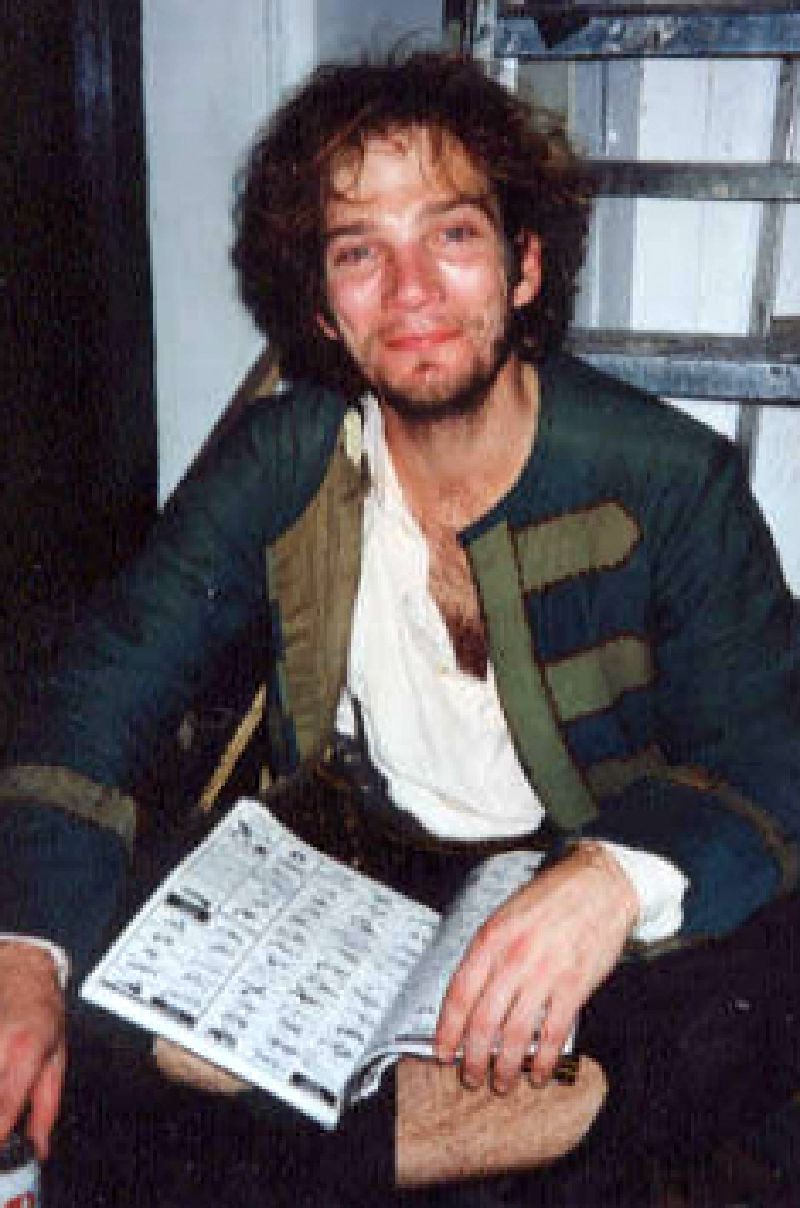 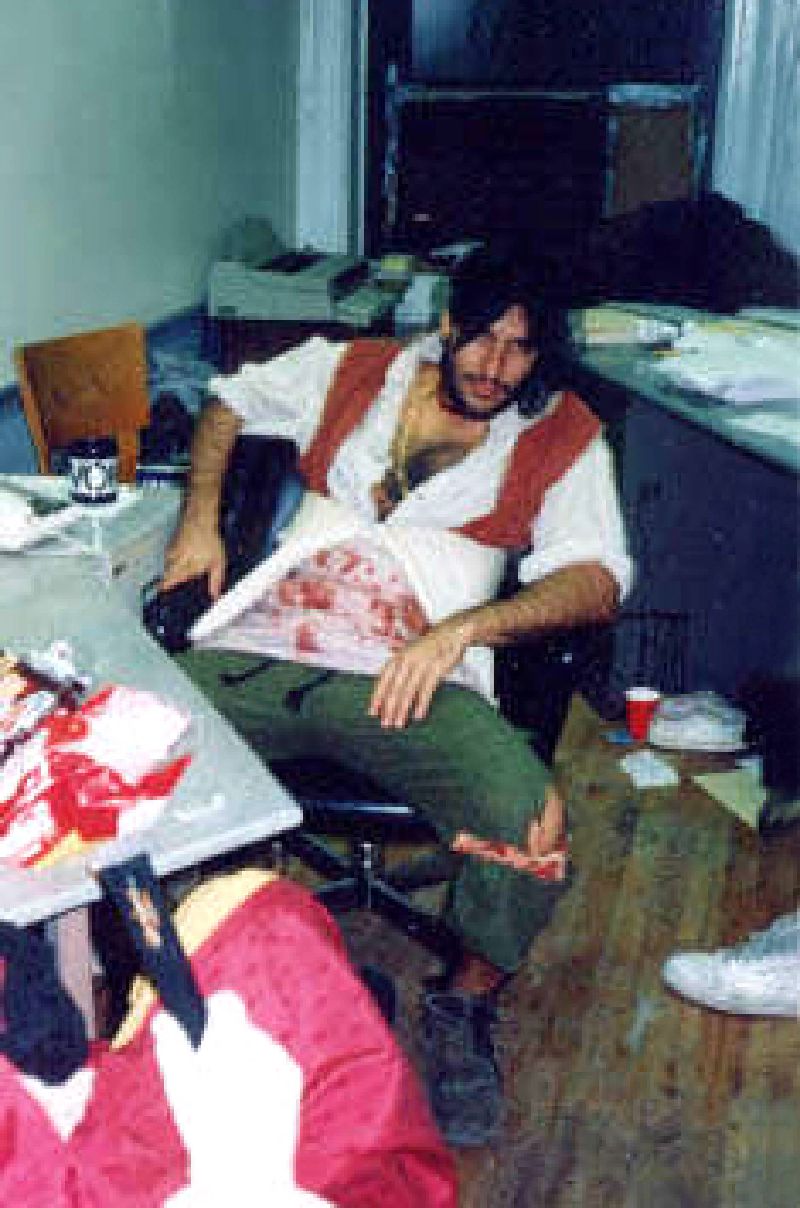 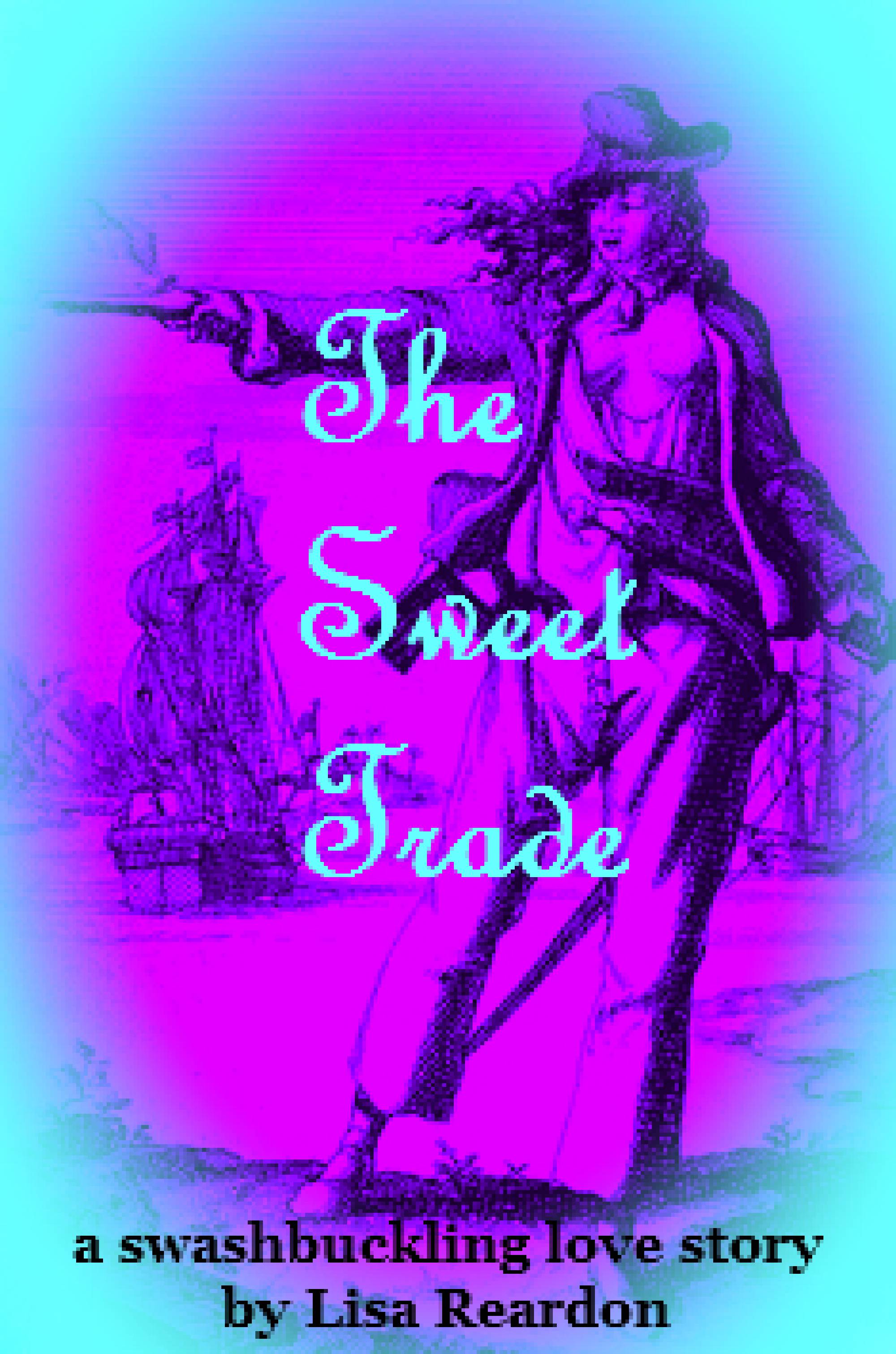 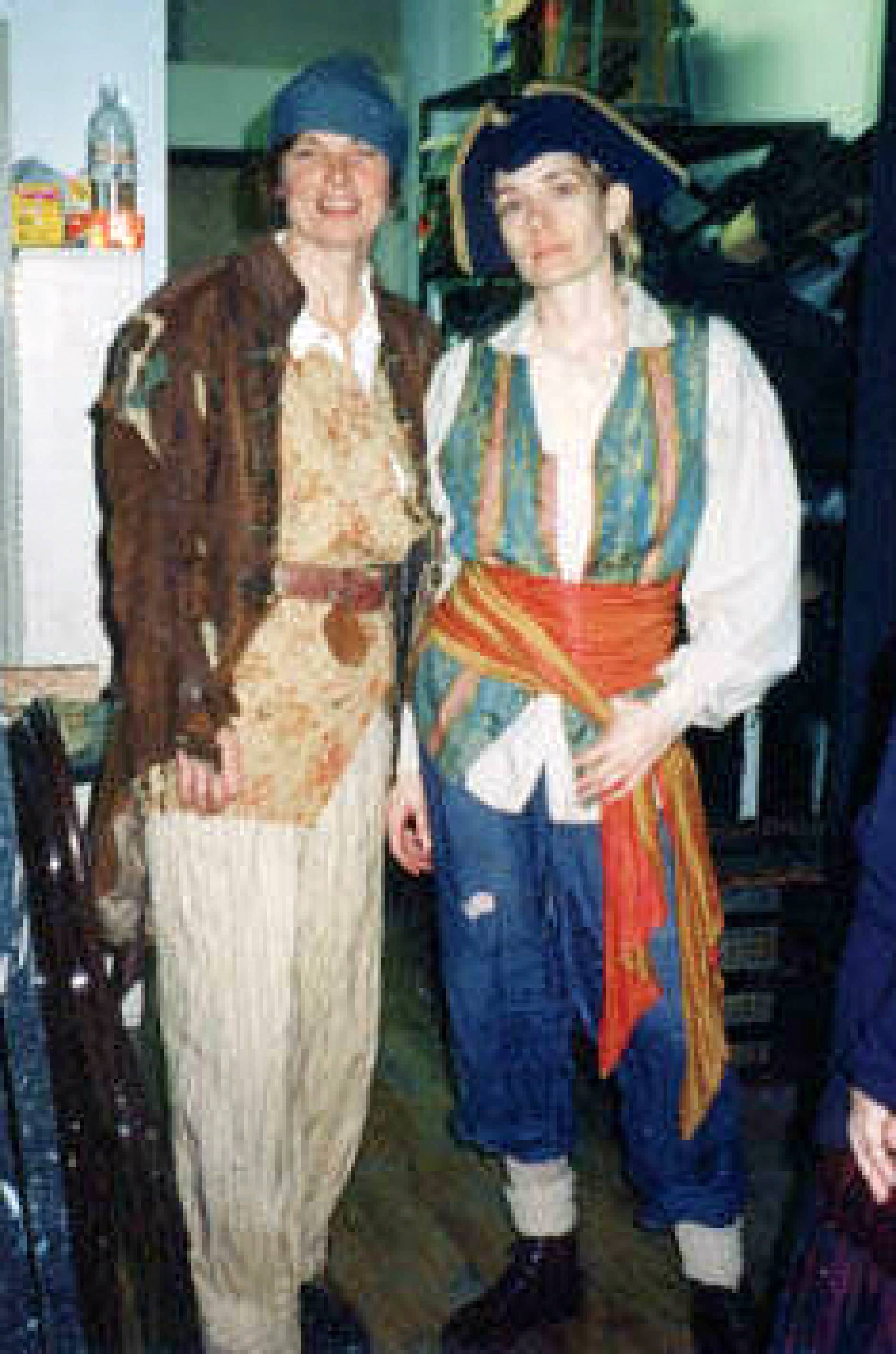 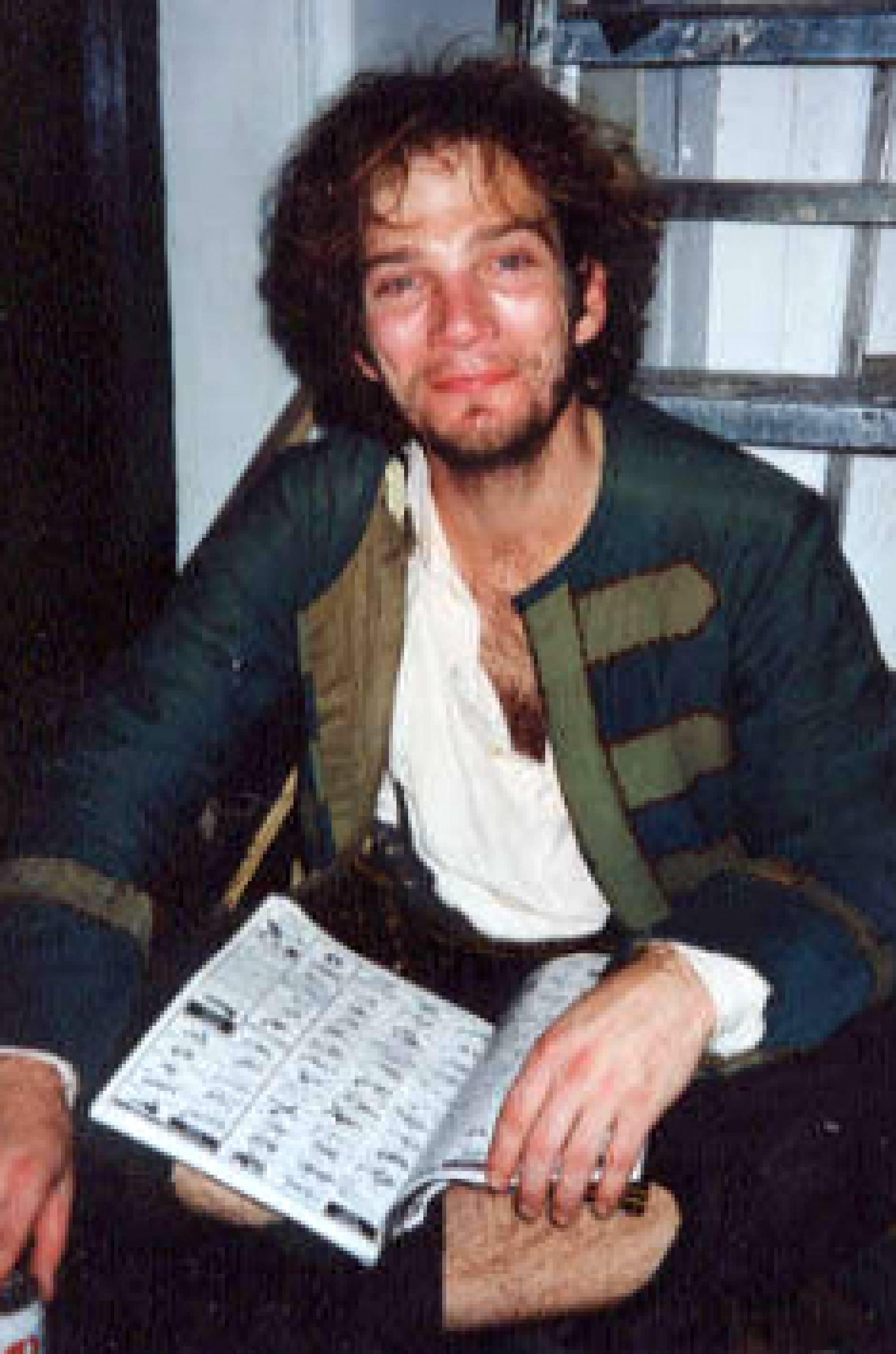 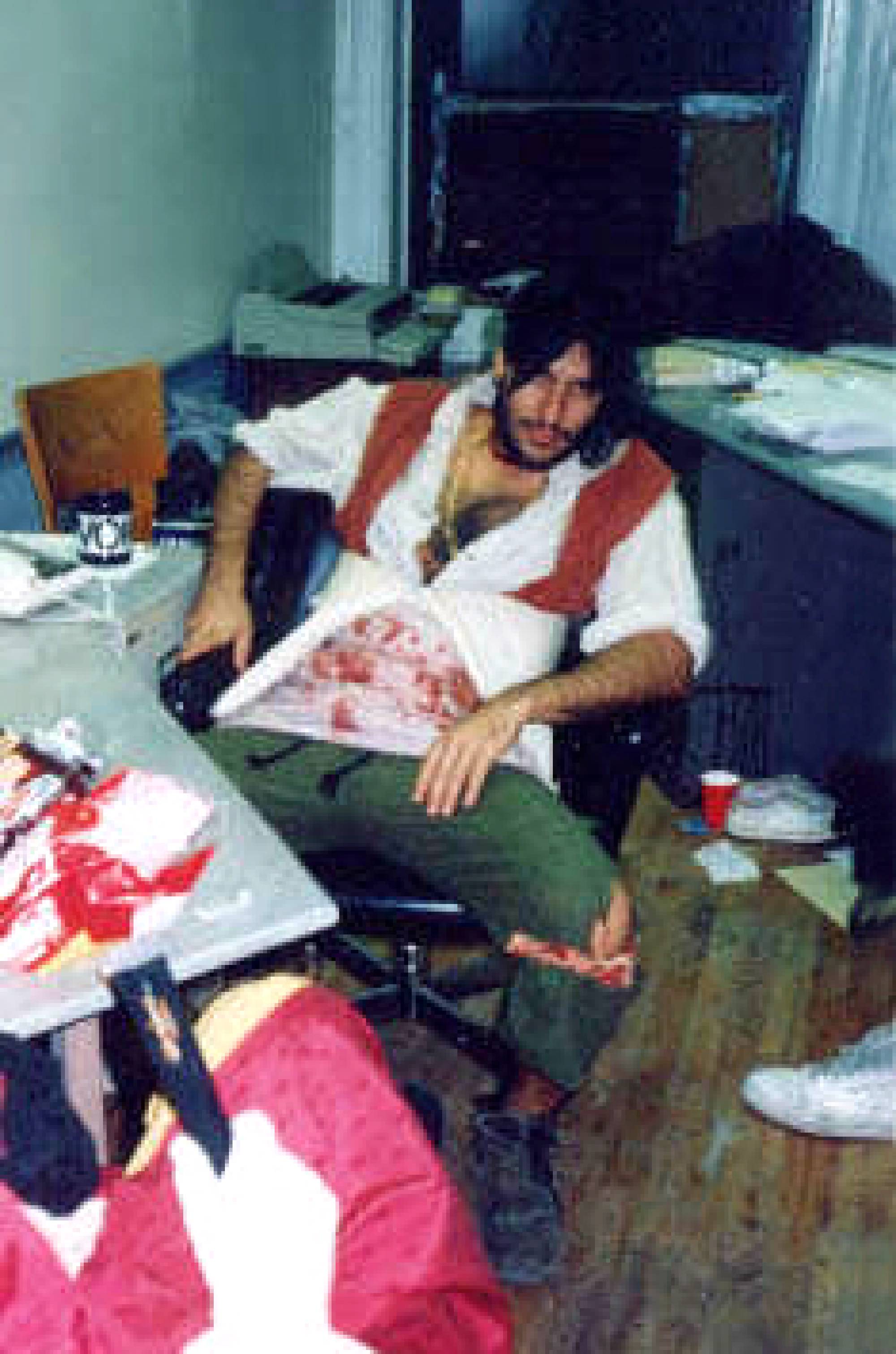 |    Fat Bill (Jim Bracchita) takes a break from the slaughter. 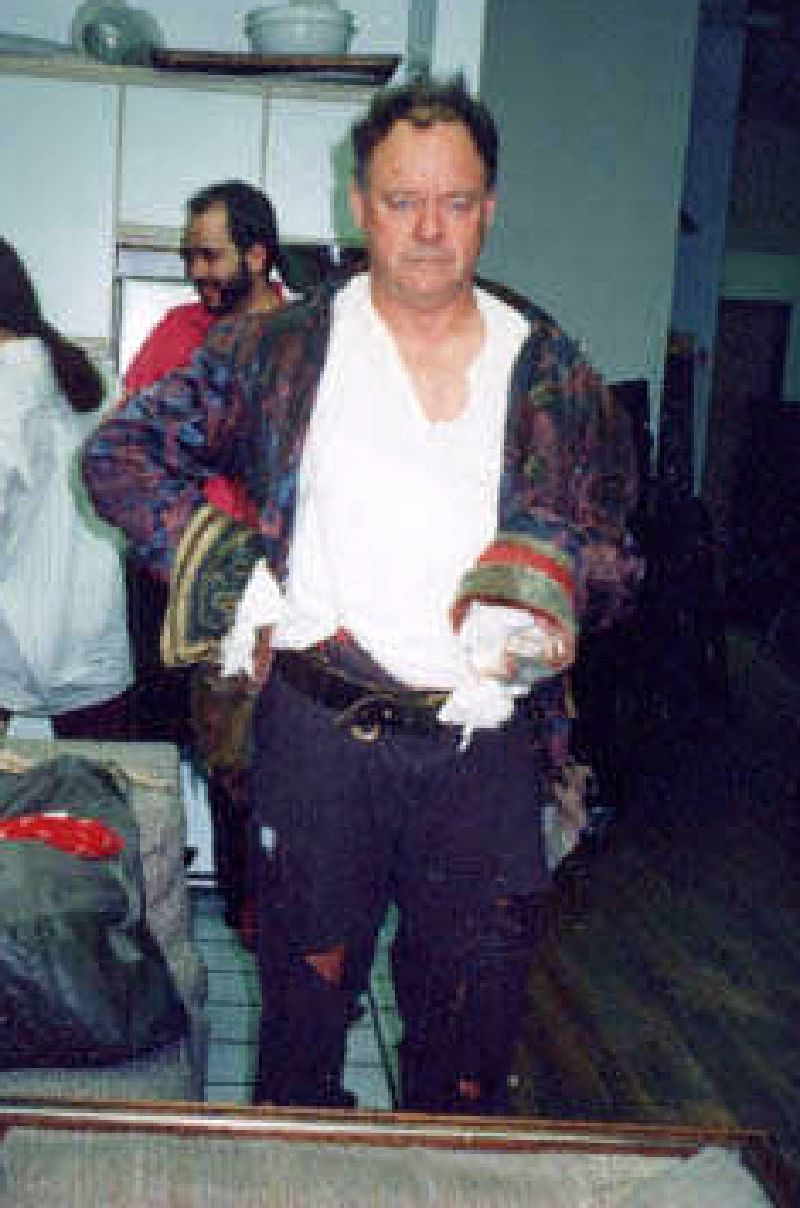 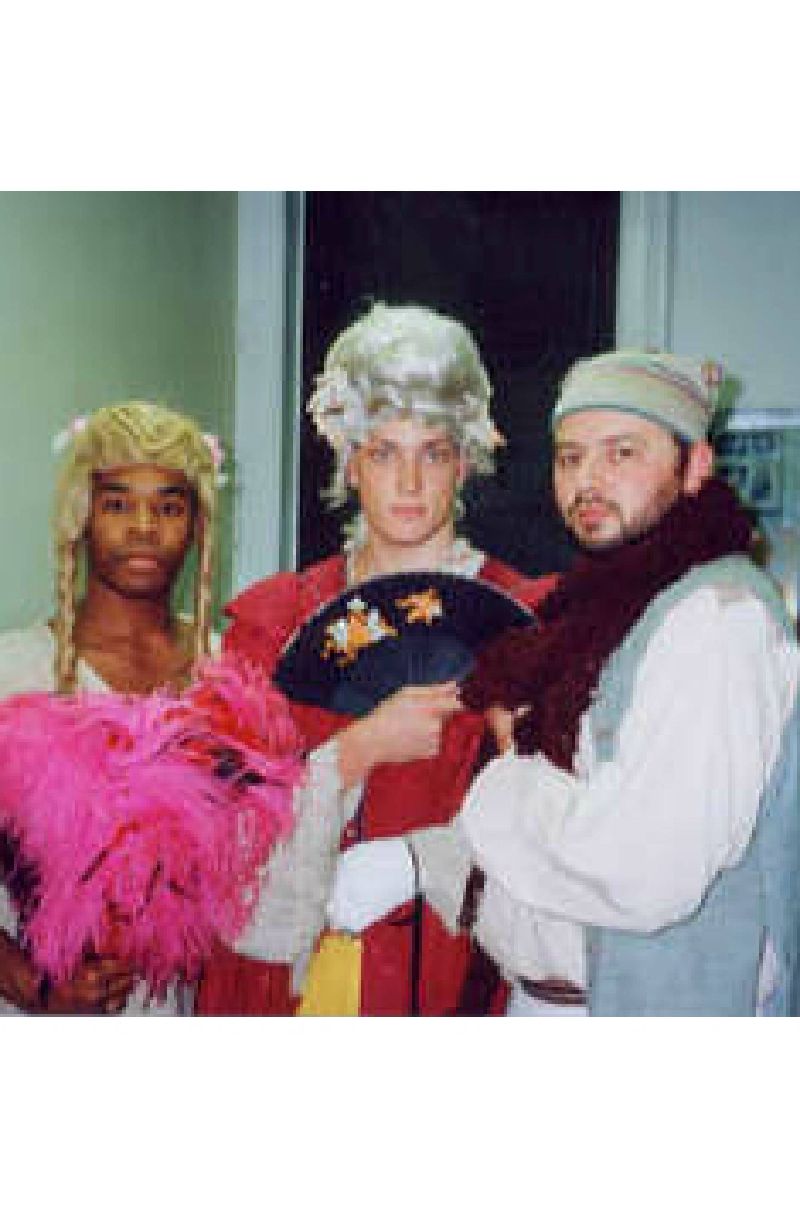 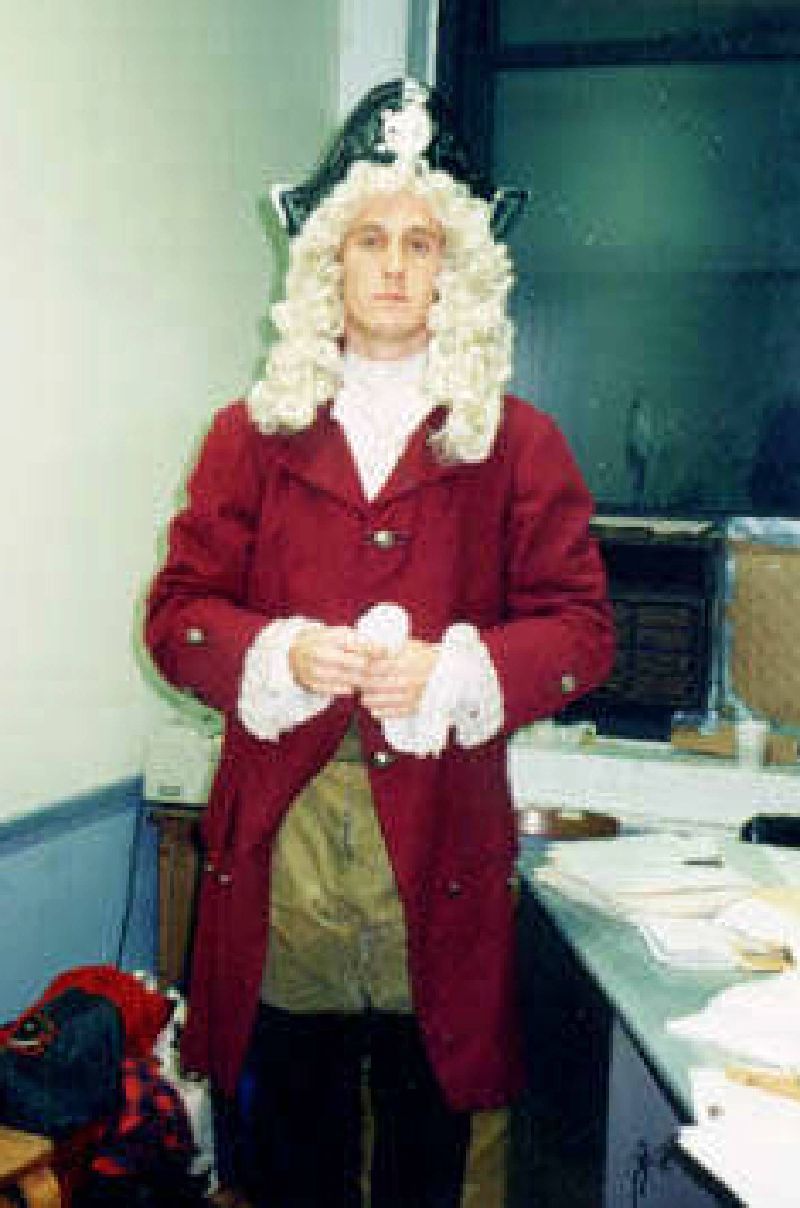 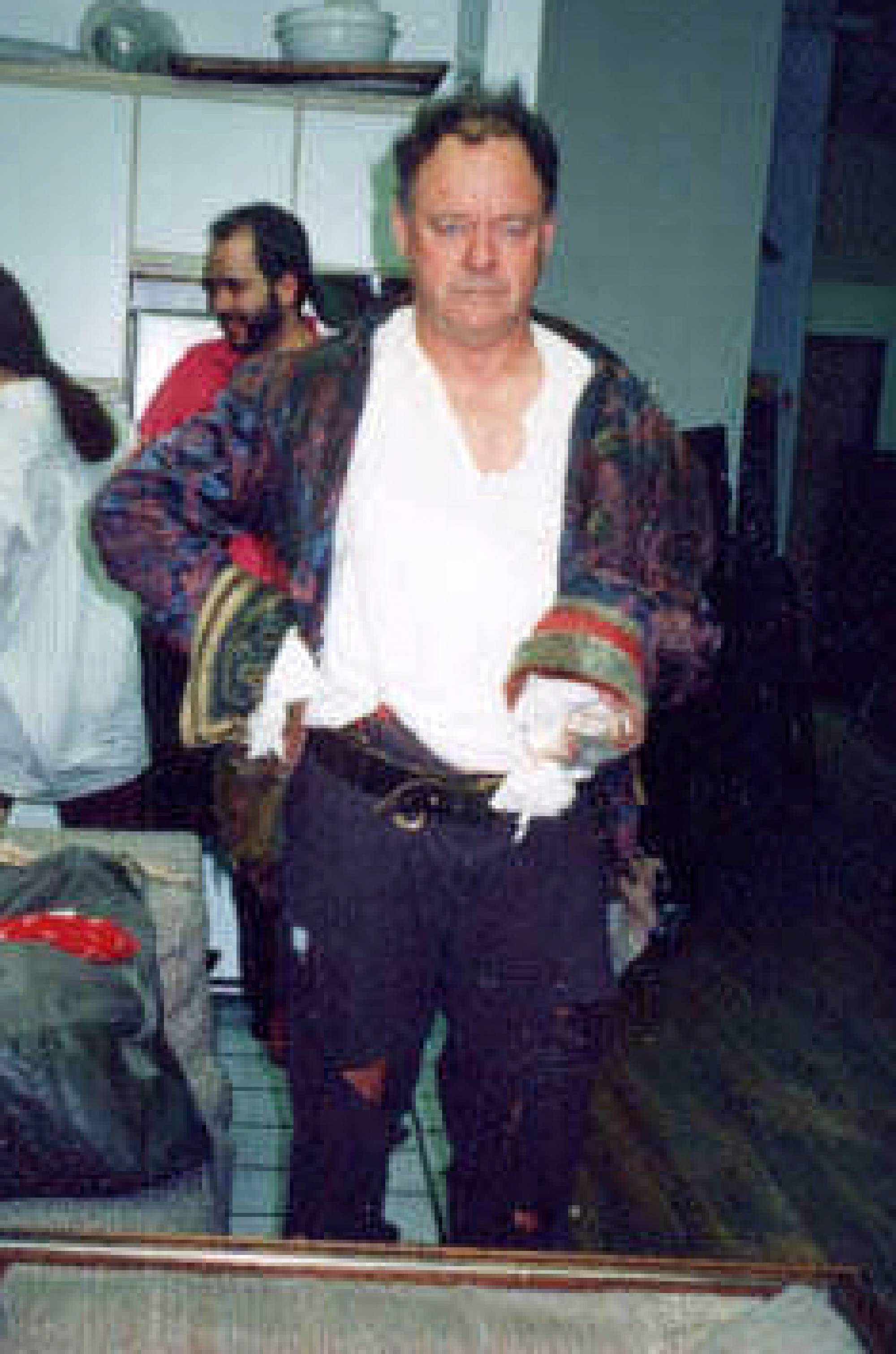 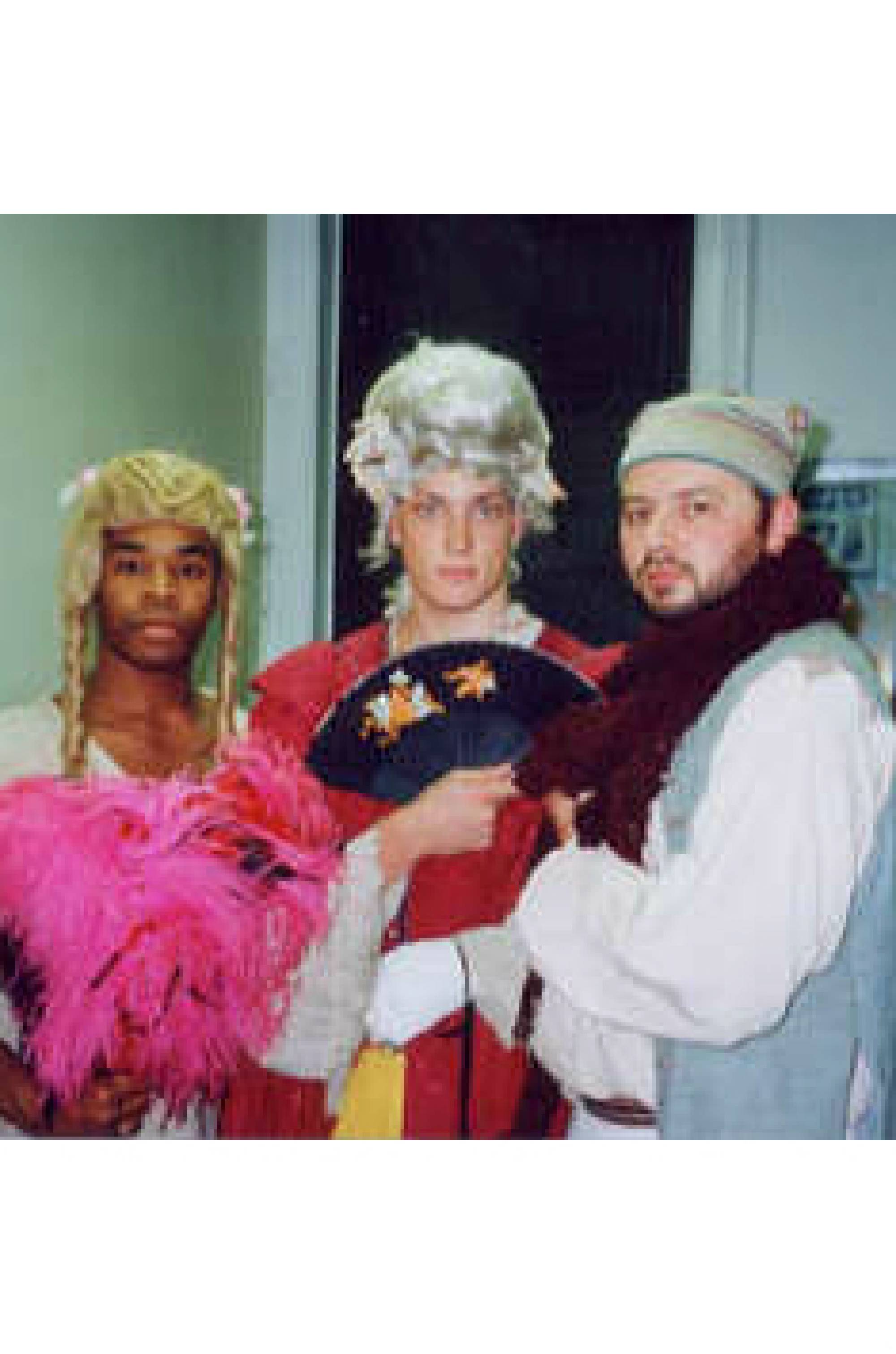 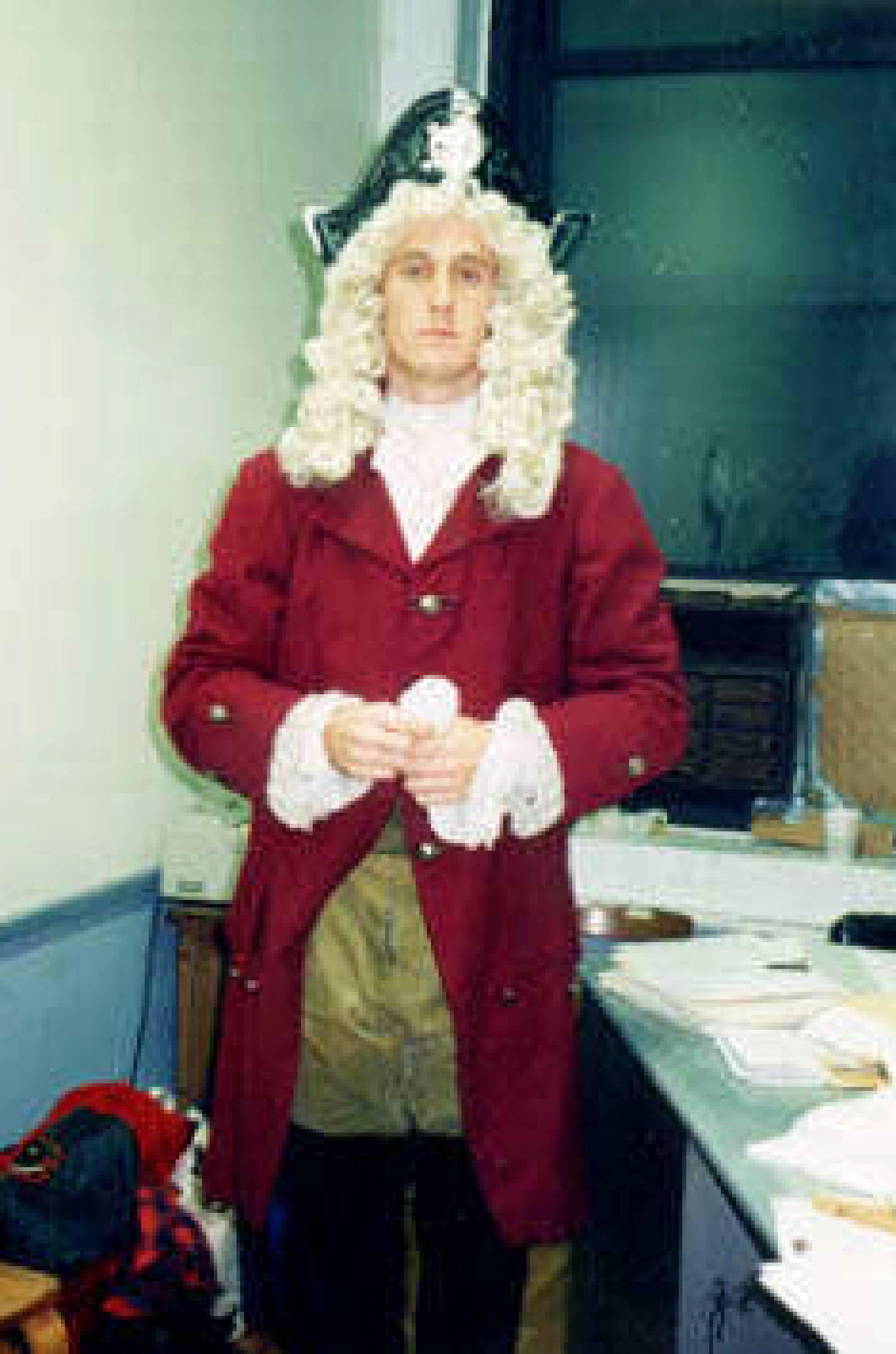 historical notes on the main characters

Anne Bonny, an Irish girl, grew up in Carolina and ran away with a sailor at a tender age. She was swept off her feet by the picturesque and impetuous Calico Jack Rackham, and went away with him on his pirate forays. When Rackham's ship was surprised and attacked by an armed sloop, she fought gallantly until made prisoner. Tried and convicted for piracy at Jamaica, Anne pleaded pregnancy and her sentence was commuted. Nothing is known of her eventual fate.

Mary Read, an Englishwoman disguising herself as a male, served from her youth as footboy, sailor, soldier and pirate. Captured by pirates from New Providence in the Bahamas, Mary joined them, delighting in life among the rough sea robbers. She served aboard the ship of Calico Jack Rackham, where she met Anne Bonny. Eventually captured, Mary was sentenced to be hanged but died of a fever soon after.

Known as "Calico Jack" because of the shirt and breeches of calico that he habitually wore, Captain John Rackham commanded the pirate ship aboard which Mary Reade and Anne Bonny served. He was hanged at Gallows' Point, Jamaica in 1720. Anne Bonny is reported to have said of him, "If he had fought like a man, he need not have been hanged like a dog."